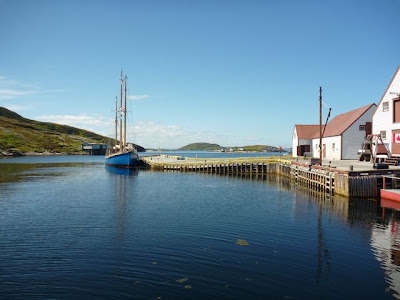 Had you been born 100 years ago or so in Newfoundland, you would have certainly heard of Battle Harbour. Today, few people know the community and it's place in history, but it was well known for a variety of reasons. Perhaps most widely known is the news which Admiral Peary burst upon the world when he announced to the press gathered in the upper floor of the Battle Harbour salt store that he and not Cook had been the first to the North Pole. Why did he make the announcement from there? It was the first telegraph post he came to on his voyage south from Greenland. 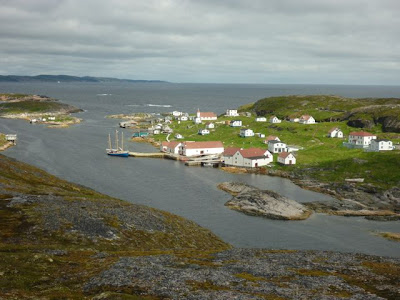 The community sits in a strategic location just to the north of the Straits of Belle Isle and at the point where the Labrador coast turns towards the northwest and the fishing grounds found up the coast. It became a center for all sorts of things including commerce and fishing. Almost no one passed by without stopping in, buying supplies and getting the news from the coast of far away England. 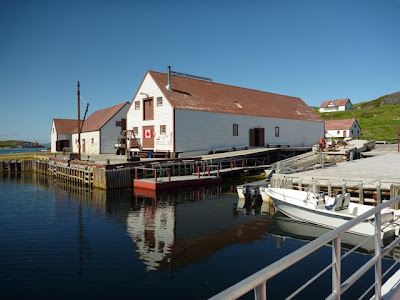 However, times changed and over the course of the 20th century, Battle Harbour lost its place as mainland communities like Mary's Harbour and St Lewis took over and linked to the road system. Today you still need to go to Battle Harbour by boat. 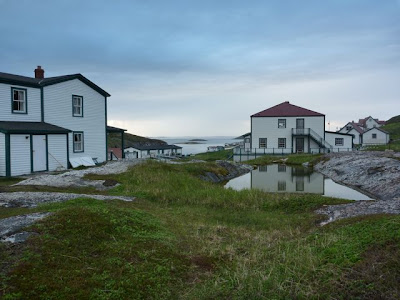 In the early 1990's however the spirit of renewal brought Battle Harbour back to life. Many of the original buildings have been restored and it's now possible to visit and gain a real appreciation for what the place once was and the lives people lived back when salt cod was king. I could easily have spent longer there soaking up the history. It would make a great base from which to kayak the many bays and inlets, islands and shoals in the area...
Posted by Michael at 7:50 PM