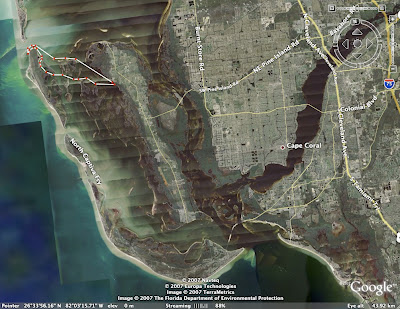 Click on map to see route more clearly.
The Calusa Paddling trail in Florida's Ft Myers - Sanibel Island area is one of the sections of Florida's coastal paddling trail which has been best developed. Another section of the Trail can be found further south in the Estero Bay area. There are a variety of put-in sites to chose from and once you are on the water, there are signs along the way to help the visiting paddler, especially those with little experience or who don't really know where they would like to go or what there is to see. There are maps which enable one to follow set routes from sign post to sign post in a numerical sequence designed to take you past the various archeological sites of the Calusa Indian people who once lived in the area. 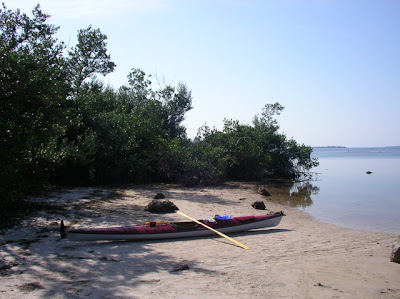 I put-in at once such site on the northwest end of Pine Island. My intention was to spend the day paddling out to Cayo Costa, a state park offshore island still untouched by the building spree going on along this coast of Florida. 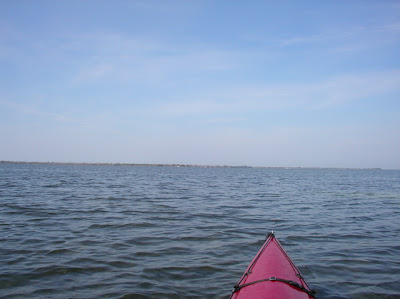 It was a hot sunny day with little wind as I headed out. There being a series of low lying mangrove bordered islands along the way, each one far enough away, I was glad to have a map and compass on the foredeck, especially as I had chosen not to follow the Calusa route. 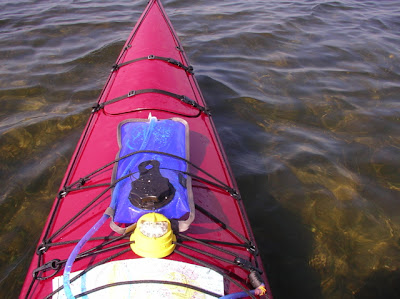 While there were buoyed deep water channels used by a large number of weekend power boaters and fishermen, much of my passage was over shallow water, often only a meter of less deep, a mile or more offshore. 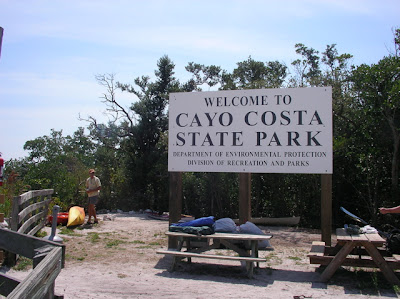 I arrived at the park entrance around noon and realised I ought to have made arrangements to camp over-night prior to my departure from Pine Island. I spoke with several visitors and all agreed a stay on the outer island was well worth the time. As it was, I paddled northward around the coast, through the passage out into the Gulf of Mexico where I was hoping to find some more interesting paddling water than I had found so far in the sheltered bay. Alas, the Gulf was nearly calm, with barely a swell. Only the large number of boat wakes coming from a variety of directions provided any excitement. 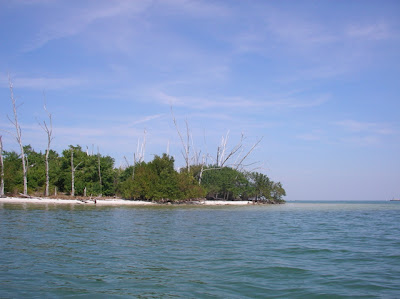 It was time to turn around and head back to Pine Island. I was surprised to see only a single dolphin during the day. In previous years, there were frequent sightings, but perhaps the high density of recreational power boats discouraged them. Would I go back to this area? Yes! I'd arrange to camp on Cayo Costa and I'd also check out the southern section of the Trail, especially the nature reserve on Sanibel Island. It's not really 'wilderness' paddling by any stretch, but interesting none the less, especially for anyone interested in safe paddling in warm waters in what can frequently be 'natural' settings out of sight of built-up areas.
Posted by Michael at 10:32 AM

it looks fab, warm and calm, that would suit me nicely!