Fire in the Mountains, Spills on the Road!

Just as I was coming to the Tennessee - Kentucky border, I noticed smoke in the mountains. The Smokies really were smoking! I'm not sure what caused the fires, but there were several hot spots all along the ridge on the left side of the car. Smoke had filled the valley for some distance before I could actually see where it was coming from. 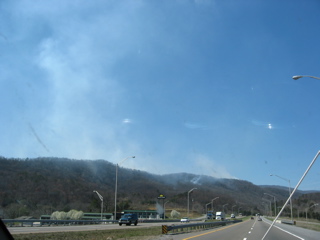 Once in Canada, the 401 lived up to its evil reputation once again. This time I was held up for nearly 4 hours by this truck which had run partly off the road and spilled its load everywhere. To make matters worse, this delay put me in Toronto in the middle of rush hour - not a pretty sight! I think I could have paddled home faster today! 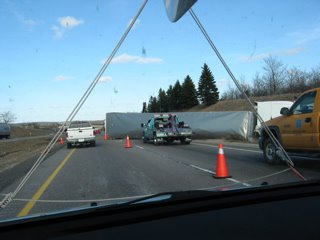