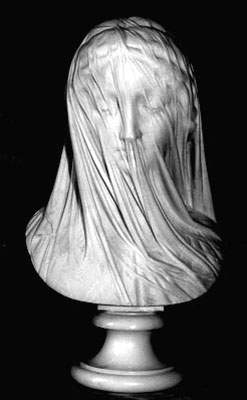 I had no sooner posted my item on the Search for the Grail in Newfoundland than new information came in which is truly startling! You might be wondering why are paddlers searching for the Grail in Newfoundland this particular year? Why not some other year? Well, as we all know, timing is of the essence! You see, this year, October 13 falls on a Friday! What's important about this date? Until the year 1308, there was nothing interesting or strange about the 13th falling on a Friday. Suddenly everything changed in 1308. It was the unlucky year of the Knights Templar. It was on that date the Catholic Church decided enough was enough, the knights must go, and go they did, to the stake! Every knight that could be found was killed and Friday the 13th became a thing of legends and myths. Guess what? This year, 2006, has October 13th falling on a Friday!
To make matters worse, who was the patron Saint of the Knights Templar? No! Not St John? Yes, and of course the capital city of Newfoundland is named for him.
Want more? Did you know there is a mysterious 'Veiled Madonna' in a church in St Johns? It was commissioned in Italy in the 1850's, but why was she veiled? Is it so we don't know who she really is? Could she be Mary Magdalene? If so, then another connection to the Grail can be made, as it is sometimes believed that it was she who secreted the Grail out of the Holy Land, brought it to France where the Basques may have brought it to Newfoundland for safe-keeping...
I wish I had Dan Brown's money. I'd be out paddling somewhere instead of coming up with this rubbish! But all in good time. I'll be out there soon enough and boring you all with another kind of nonsense.
Posted by Michael at 6:28 PM

Whoa, dude! My mind is spinning!

Who is Dan Brown?

best of luck to you all.

are you afraid of what will happen to the one who finds it?

Mmmmm.... I hadn't thought about being scared... Is any of this stuff dangerous?

I think you suffer some curse, or suddenly burst into flames? LOL Maybe I saw one too many movies. But I would be afraid to be the one who finds any ancient sought after items.