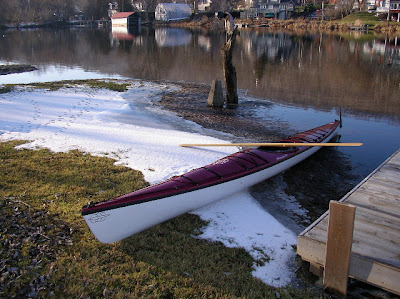 I didn't realise it was a nice day until I took our dog Moss up into the hills on a walk. We suddenly walked out of the mist into a crystal blue sky. I'd been under the impression it was another lousy day! I headed out to my new put-in immediately after we returned. It's on a riverbank where it doesn't freeze over in the winter so I should be spared the trouble of scambling over thin ice in January. 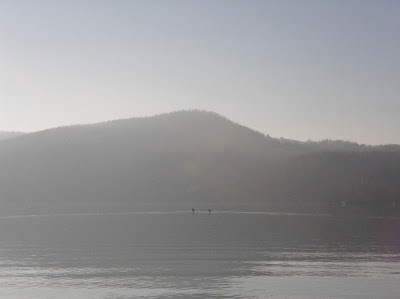 Out on the lake it was still misty, but dead calm. I had only the loons for company as I paddled my customary route. I was actually surprised by the number of loons on the water. I counted six pairs and three solitary birds, more than I've seen in a long while. 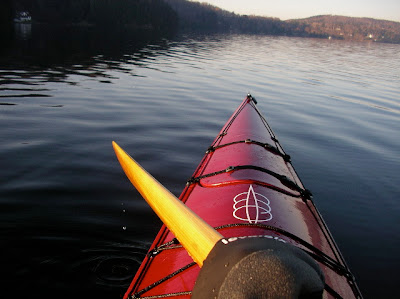 I paddled around until the sun began to set a couple of hours later, then headed back to the river. Half way back, a breeze filled in and quickly became quite brisk, building half-meter waves within a few minutes. Surprising how rapidly weather can change.

Again, I was all alone on the lake. A single car slowed down and someone honked and then waved as if they knew me, but I couldn't tell who it was at the distance. I guess I'm known as the only one out paddling these days. If not for him, the whole planet seemed to be mine alone.
Posted by Michael at 8:25 PM