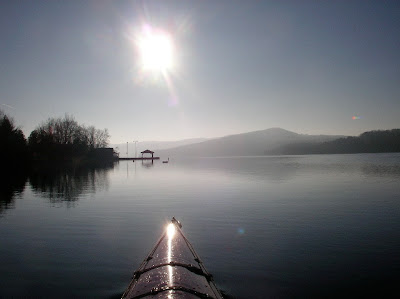 Ever since I somehow managed to pull off a 90% score in a physics exam in high school - the first and last respectable mark I ever received in the subject - I have had a lingering interest in the discipline. It seemed to contain the hope of miracles!

A few years ago I discovered an American physicist named Richard Feynman. He'd written a book titled, 'Surely You're Joking, Mr Feynman?' Here was a brilliant man, a Nobel prize winner with a sense of the absurd, a bongo player and he became an instant hero in my mind. Sadly, he died of cancer some years ago and no doubt now shares a beer with God himself as they work out our futures and play with all the other universes they've got running out there somewhere.

Today, I pick up and read anything with Feynman's name attached to it no matter how vague the connection. The world of physics still fascinates me. Recently I've been reading about the four fundamental forces of Nature, an idea that he worked on and that still puzzles physicists. Two of these forces are obvious to all of us: gravity and electro-magnetism. The other two operate at the sub-atomic level and most of us don't have much experience with them unless you've been in a nuclear explosion recently. The puzzle is not so much over the existence of the forces themselves, but rather how they relate to each other and how to express that in a useful and meaningful way.

The incredible thing about these forces is that they seem to operate in a balanced system with each other - or at least this what recent theories are saying. There is even a idea called 'String Theory' which suggests that all these forces are actually the same thing, just expressed in different ways, much like calm lake water and storm tossed seas, plunging shore waves and driving rain all being expressions of water in various states of being. Regardless of what theory is correct, the point I'm getting to is this: change the strength of just one of these forces by as little as 1% and the universe as we know it changes completely! Your beautiful kayak which has taken you safely for 1000's of kilometers could suddenly weigh as much as the Earth! Or as light as a wink...

Who would have guessed that we live is such a precarious place, yet we do so happily, with hope in our hearts and paddles in our hands.
Posted by Michael at 2:29 PM

Michael,
Have you made the Feynman connection with Tuva? If not, Google "friends of Tuva" or go to the Feynman website (http://feynman.com). Interesting side of him. I also highly recommend watching "Genghis Blues" which gives a little comment about him. I suspect given your interest in other cultures you will enjoy learning about Tuva.

Sorry I missed you at Delmarva. I was looking forward to meet you. Hopefully next year.
steve

Good stuff, Michael. Maybe you should help them work on the unifying theory of everything.