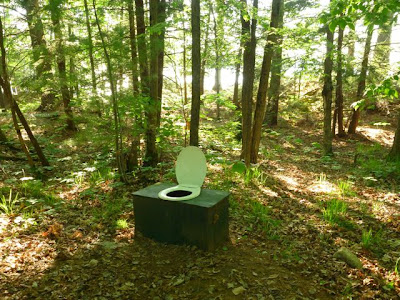 I got dumped on by a fellow kayak blogger the other day for using one of his photos in my piece applauding the work of an Australian kayak maker who's using solar power in his factory. The photo looked like a cute family snapshot so I didn't think anyone would mind it being used. I was wrong. Mea culpa!

The subsequent discussion on his blog makes it clear that the issue of copyright is not as well defined in people's minds as it might be. It's also clear that the concept of copyright has failed to keep up with the internet and the way people have chosen to use it. It's become a bit like the 'wild west of yore' where one needs to be savvy if you don't wish to be victimized by people doing what I did. It's the reason why most professional photographers wishing to protect their work and receive due credit for it use dedicated, protected sites where they retain all their rights and ownership. The average person, like you and me don't bother. Instead, we use photo-sharing sites like Flickr and Picassa to store our photos online. These sites often claim ownership of our photos and many users do not realize this. We sometimes feel flattered or annoyed when our photos appear elsewhere on the net. Who owns what on the internet and how it can be used is far from clear to the average user. The wide-spread copying and using of other people's photos puts one in an up-hill battle against users living all over the world living in a variety of conflicting jurisdictions.

Does that make me less guilty? No, of course not. I used another person's photo without giving them proper credit. When contacted about it, I offered to give him due credit. I didn't get a reply to that statement. Instead I got dumped on publicly on his blog. I don't mind being corrected when I make an error and I don't mind correcting my errors if I can. It was a useful wake-up call, but unfortunately it won't really help my fellow blogger retain ownership of his photos.
Posted by Michael at 11:44 AM

Seems like some people are more touchy about this than others. I am not.

OK, so you admitted you made an error and tried to correct it. You've done what you can. At least the other person could have acknowledged that and moved on.

Michael, I like your story and the way you are cautioning other web users about copyright.
What you failed to disclose is the fact that you cropped that image to exclude (hide) the name of the author.
You also failed to disclose the source of the image (where did you get it from) when questioned.
Thank you for your apology but it came a bit late.
Cheers

In your e mail to me, you indicated that when you first saw the image it was already cropped and had no copywrite notice on it. If so, I don't know that you did anything off base. Someone else, who ever made the changes, did the bad deed. In any event, I understand Gnarly's displeasure. For myself: I never put my best stuff out there.

I'd thought the discussion on one of Tim Zimmerman's Sea World/Dawn Brancheau posts was quite interesting. Tim Zimmerman is a professional writer & did a series of articles about that tragedy. For one, he used a photo that he'd found on a photosharing service. The photographer did not appreciate it. The ensuing discussion ties right in with your story. I'm not sure whose side I would take I had to pick.

Silbs,
in Michael's email to me I got a different story.
He failed to disclose where and how he got the image.
He did not mention that the image was "already cropped".
The only other source for that image (apart from Flickr) assured me that he did not forward that image to Michael, cropped or uncropped.
Is there more to this story that Michael is willing to disclose?
Possibly, but I can only go by what the parties have presented.
If Michael's recollection on the source of the image is vague (read: not willing to tell) then I have to assume that he sourced it from Flickr.
Or Michael has done something tricky to get the image from Flickr ( it is possible to still download images from Flickr even is one selects to prevent that…) or he got the image from the only other source available (whom I have been in contact with).
Michael has to come clean on this or his defense does not hold.
I understand your sympathy with Michael but I don’t think he is telling his readers the whole story.

Bonnie,
Just a note on Flickr: IT IS NOT A FREE PHOTO SHARING SITE (directed to readers that assume so).
Flickr is a commercial gallery (it costs money to display more than 200 images) that is also intended as display of work for professional photographers.
My images displayed on Flickr are for sale.
Flickr clearly states that the author retains FULL copyright unless willing to label his/her work as Creative Common.
I have selected to have my images NOT downloadable.
TZ sourced his images on a site that apparently allows downloading images for posting on blogs or websites.
Flickr does not.

Gnarlydog, you have used a photo after the copyright owner had asked you to definitely NOT use it.

You still chose to use it stating that you could under what I believe to be a mis-interpretation of copyright law. You used it to illustrate a point you were making, .... you were not reviewing the image.

Ckayaker is lucky that he didn't get a letter of demand for $2,000. Is that still the going rate for your images?

Anonymous
Unless YOU were the person/company supposedly billed (and I know you were not), should you even be using that as an example ? Think carefully before spreading publsihing hearsay or gossip - it works for you locally, but not so much internationally.
Bonnie - interesting link on both the sea world event and subsequent copyright discussion.

Dear Anonymous (too cowardly to say who you are?)
I understand that you are still bitter about me exposing your involvement in the alleged theft of an image: http://gnarlydognews.blogspot.com/2009/10/ownership-and-copyright.html
I went to great lengths to explain to you and others the reason for the use of that image and the LEGALITY of my actions.
I don’t understand your refusal to acknowledge the Copyright Act.
I did not draft those laws, I just follow them. Refusing to understand the law does not justify your rationale.
It would be beneficial to all if you can now please indicate to the readers which part of the Law I have breached instead of just making defamatory statements that have very little validity.
Depending on the nature of the publication and if my images are used for commercial purposes there usually is a fee involved.
Are you looking to buy one of my images? I can cut you a deal :-)

Thanks, Adventuretess. I thought there were some interesting parallels there.

Gnarlydog, I didn't say it was an identical situation. I said that it tied in, which it does, insofar as it's a situation where a photographer's work was used without his permission and he objected to it. I thought it would be of interest & so I shared it. S'alright?

I'm happy to see this topic has provoked lots of interest and discussion! That's healthy and hopefully will create a better blogging environment as a result.

However, it needs to be kept honest. For example, here is what I said in my private letter to Gnarlydog regarding the source of his photo I used almost 2 years ago: "Sadly, at this point in time, I don't recall the exact source of the photo in question. Wherever it came from, it was posted to my blog as is. I do not crop out watermarks or owner's names as a rule, usually giving credit when I know the owner's name." I also mentioned that I thought the source had been from the kayak maker, but this didn't seem to be the case.

Am I holding back information? No.

I think it is important not to lose the thread of this discussion which is that we do our best to respect and credit each other as we proceed into the future. Paddlers need to be able to depend on each other both on the water and off. That always needs to be our goal.