Dreamtime With Paul and Freya 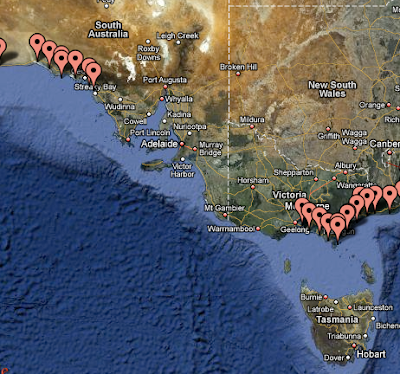 Freya continues to hurtle along Australia's south coast on her 'Race Around Australia'. In a few short weeks she will complete the circle only done once before. 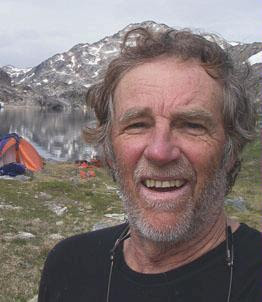 I was looking around for some biographical information on the first person to paddle around Australia: Paul Caffyn when I discovered a short piece on his Amazon.com page. Here is a brief excerpt:

"In December 1981, Paul set out from Queenscliff near Melbourne and spent the next 360 days achieving the first kayak circumnavigation of Australia. This 9,420 mile paddle is acknowledged as one of the most remarkable journeys ever undertaken by kayak. Paul had to contend with a tropical cyclone which nearly swept him off a small offshore islet in the Coral Sea, raging surf, tiger sharks which frequently bumped into the kayak in the Gulf of Carpentaria, crocodiles, sea snakes and three sections of sheer limestone cliffs. To overcome the three 100+mile plus long sections of cliffs, Paul used Nodoz tablets to stay awake and lomotil to keep his bowels dormant during these overnight paddles. The longest stint along the awesome Zuytdorp Cliffs in Western Australia, took 34 hours of continuous paddling. After 10 years of trying to interest a publisher in a book about the Australian trip, in April 1994 Paul finally self-published his story as The Dreamtime Voyage.

Sadly, most of Paul's books are not readily available, but perhaps Freya's journey will prompt a publisher into returning them to the market. In the meantime, go, Freya, go!

Map from vskc.org, Australia.
Posted by Michael at 10:25 AM

While I've never quite totally understood the "why" of expeditions like Freya's and Paul's, you certainly have to admire the skill, determination, physical toughness and courage of the people who undertake these massive exploits. Freya has the worst of it behind her now, and looks well positioned to finish within her self-imposed "race" time. We just wish her Godspeed with the rest of the journey...