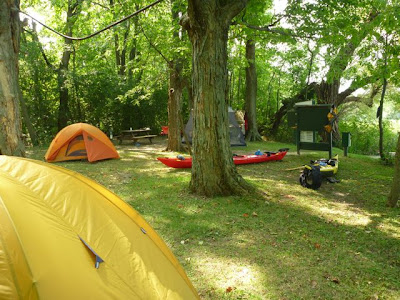 On Labour Day Weekend some friends and I paddled out to Grenadier Island, one of the 1000 Islands downstream from Kingston, Ontario in the St Lawrence river. It was a new area for me and I was looking forward to doing some exploring. I'd been upstream in the Ivy Lea area years ago, so I knew the paddling would be interesting both because of the currents and the incredible houses that have been built on some of the islands. Leaving from Mallorytown Landing, we paddled over to Grenadier and set up camp, our base for the weekend. 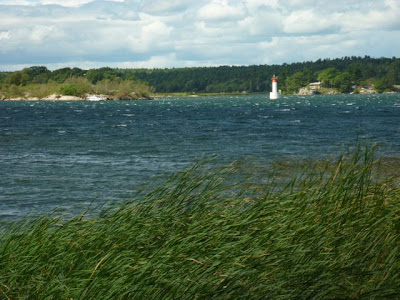 I woke up during the night as rain began dropping on my tent. Oh no, not a rainy weekend after weeks of glorious hot weather! It got worse. By morning, the rain turned to showers but two of us decided to make a re-supply run back to the cars to ferry over things which didn't make the cut on the trip out the day before. On the return crossing, the wind picked up. A lot! The crossing quickly turned into a sideways surf ride! By the afternoon the wind was clearly trying to blow the water out of the river, or so it seemed! Paddling was put on hold while we scratched around for other things to do. 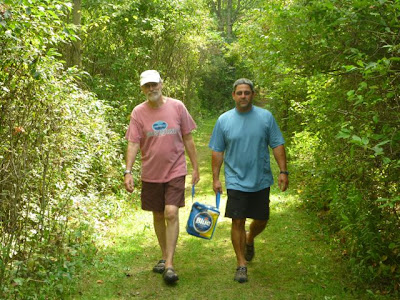 With paddling on the river temporarily put on hold, we followed the island trails visiting some geocaches, some old houses, a golf course (!), a couple of ancient cars and an ice vender! Cold beer! Just the thing when you're stranded on the shore for a weekend without paddling!
Posted by Michael at 7:52 PM