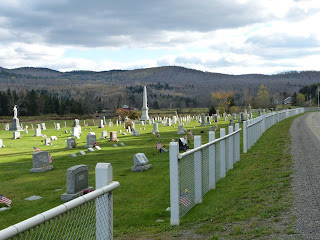 Mene or Minik was a seven year old Greenlander when arctic explorer Robert Peary brought him and five other Inuit to the United States in 1897. None of the group realised why Peary had brought them to America, but on arrival it was clear they were part of an exhibition of things Greenlandic. In a short period of time, Minik's father and the other adult Greenlanders fell ill with tuberculosis and died before they were able to return to their homes in northern Greenland. Minik was adopted, in a fashion, by Wallace, one of the curators at the American Museum of Natural History. He eventually returned home to Greenland, but by this time he had forgotten much of his language and was unable to hunt to survive. He was forced to return to the United States where he worked in several jobs. He ended up working in a lumber camp in northern New Hampshire where he died along with many others from an influenza outbreak in 1918. 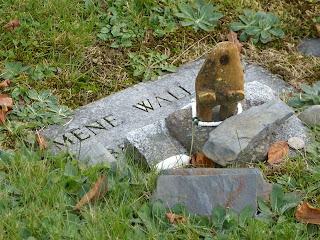 In 1993, the bones of Minik's father and the other adults were taken out of storage at the Museum finally returned to Qaanaaq in northern Greenland where they were properly buried. Only Minik remained in the United States. As the photos tell, he is buried in a beautiful setting among the hills in the Tabor Cemetary just south of Pittsburg, New Hampshire. I was happy to see that I was not alone visiting his grave. Someone has placed a small carving, a seashell and a bead necklace on his grave marker. He may be a long way from his home, but happily, he is not forgotten.
Posted by Michael at 6:11 PM