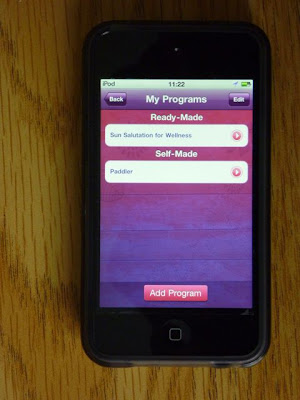 I recall several years ago it being announced at the Delmarva Paddler's Retreat that there would be yoga session for anyone interested at 6 in the morning. Needless to say, I slept through that nonsense! With age however, has come a bit of wisdom and I am now into doing yoga. Last fall when the dawn call went out for yoga at the Ontario Greenland Camp, I was there with the others doing whatever the leader requested of us. And I truly believe I was the better for it! 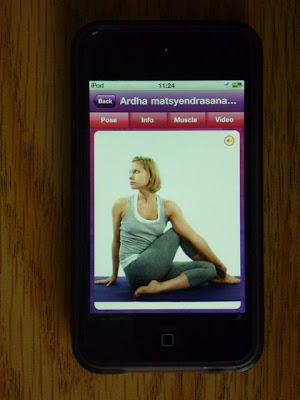 Back home however doing yoga without a leader to guide you has been problematic, but not any more. There's an 'app' for that on iTunes. Actually there are lots, but the one that I like and use on my little iTouch is called 'All In Yoga' which has 200 poses one can assemble in any order to make programs or one can follow pre-set programs. I do both. As I'm a beginner at this, each of the 200 poses has a photo and description which helps one decide whether it might be useful to a paddler like me who wants to benefit from flexibility poses more than strength. Using this information, I have made up a program I've called 'Paddler' which I do a few times each week and I follow one of the app's pre-set programs called 'Sun Salutation' which I do most mornings. 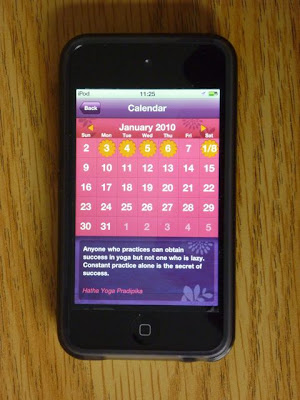 When you actually run the program it automatically marks your effort on a built in calendar, Nice! Even better, I can bring my iTouch along with me camping and paddling so there's no excuse not to stay flexible doing daily yoga exercises!
Posted by Michael at 7:11 PM

Sounds like a nice way to stay into it. Would you mind posting your list of poses for kayaking?

Rob - there are 38 poses with a few repeats in my Paddler sequence. I focused on any stretch type poses which seem to be used by other paddling yoga programs. Rather than a list, I'd suggest using what seems to fit you personally and fit your paddling interests.

I would love to buy this yoga app because I can easily manage my yoga music list in it and can try different yoga poses .