Here We Go Round Again! 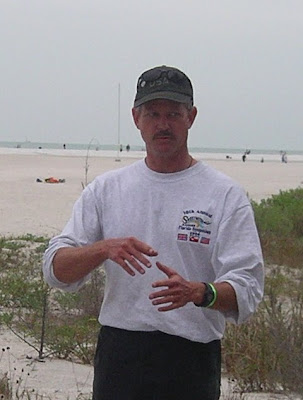 The ferry MV Caribou is currently stuck in heavy ice off Cape Breton resulting in a Canadian icebreaker heading to her aid. About 170 people on board are having their 6 hour crossing prolonged. Not to worry, the ship has lots of entertainment centers aboard including internet. Those addicted to reading blogs will not be deprived!

Not aboard is Greg Stamer, although he may well be in June 2008 if his plans work out. He has just announced, via his new blog, his intention to paddle around the island of Newfoundland this summer. This will be the third summer in a row that kayakers have accepted the circumnavigation challenge since Wendy Killoran made the trip in 2006.

Let's wish him luck and don't miss following along via his blog! Perhaps someone will post his web page above the computers on the MV Caribou so those stuck on her will know to where to follow the trip as well...
Posted by Michael at 11:40 AM