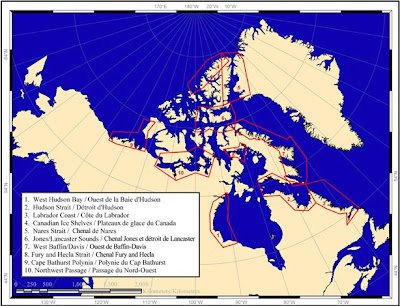 In the first three months since it start-up last December, IsumaTV, the Canadian arctic based web site showcasing hundreds of "user-generated videos" by Inuit and Aboriginal film-makers from around the world, has been visited by nearly three million people. That's got to be success by anyone's count, but who's paying the bills?

Well, not some people. Canada's 'International Polar Year' committee doesn't see IsumaTV as worthy of their attention. They recently refused to give any of their $5.2 million grant funds to young Inuit to enable them to make videos about Global Warming right where it's happening on the front lines. No Inuit will be funded to record what's happening. Instead, the Sudbury Science center will get to make an IMAX film, a documentary will be made by non-Inuit on seabirds and another southerner will tell the story of an early 19th century 'explorer' and so on - the usual suspects from southern universities. Global warming? Relevant polar topics? I don't think so.

The Canadian arctic in recent years has become one of the world's most isolated places thanks to government neglect and disinterest. People living in northern regions are completely dependent on air travel as no roads lead to their homes. It now costs less to fly around the world than it does for a northerner to fly to southern Canada to visit relatives or have medical attention. Canada is about to build military seaports to maintain our sovereignty as though the tens of thousands of tax-paying Inuit and other northerners were only part-time visitors in their homeland. Does living north of the 60th parallel negate one's Canadian citizenship?

So I say, shame on Canada's International Polar Year committee. You're a sham. You have no serious interest in the polar regions of Canada. You are handing out money to southern Canadians so they can offset the high cost of playing tourist while northerners pay the price of the global warming you have inflicted on them. It's time to fund northerners so they too can properly tell their story!
Posted by Michael at 10:58 AM

OK, I could probably find out what it means in a 2-minute search, but I'm betting that your explanation will be interesting!

OK Bonnie... isuma an Inuktitut word, means 'think' as in isumavunga, 'I think'. It's the name chosen for an Inuit company that makes videos, including the award winning 'Atanarjuat' film from a few years ago. IsumaTV or 'ThinkTV' is their latest effort, a kind of YouTube for aboriginal folks from around the world. Was that interesting enough? ;-)

Are these also the folks who produced "White People Are Funny?" I didn't end up getting that, but now that I'm thinking of it, I want to track it down.

ps suddenly afraid that my comment about Atarnarjuat might come across as flippant. I really did love that movie. Liked the way it showed a world where the spirit world was real, but the spirits weren't all hollywooded up in CGI & all that...does that make sense?

What a superb post, and what a hell of a story! Have CBC or any other mainstream media know done anything on this? That's apalling!