The Other Side of Alaska 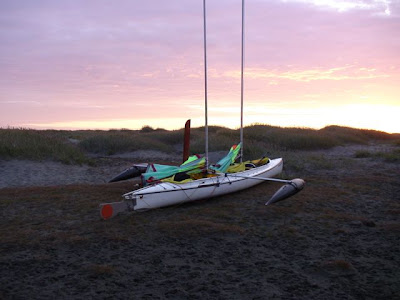 PhD candidate Stacey Fritz (University of Alaska Fairbanks, Cultural Anthropology) and her traveling partner, Ryan Tinsley took a boat trip along the northern coast of Alaska last summer. Their web site tells a marvelous story as they encountered one adventure after another on their voyage, everything from bear encounters to the effects of rampant global warming. I recommend you follow their voyage via their pictures and text descriptions. It's well worth the visit! 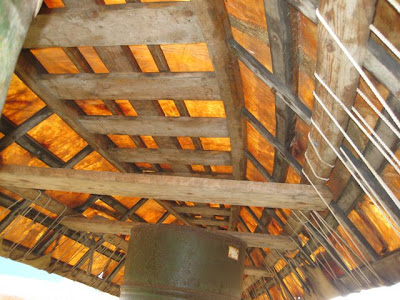 What fascinated me most was the DEW line (Distant Early Warning) sites they visited as part of Stacey's PhD study. These sites were built during the Cold War days when Americans feared the sudden arrival of Soviet war planes coming over the pole to bomb their cities. When I lived in the Canadian arctic in the 1960's I sometimes dropped in on the local DEW line facility looking for a free meal. As I was with Inuit hunters, I would pretend to be one as well and like them, I 'couldn't' speak English. We'd point to the food items we wanted and generally joked and laughed our way through the meal and then left with fuller bellies than we'd had for days. Payment was usually in the form of walrus penis bones which the residents would send home to their buddies all decorated and prettied up.

Today the DEW line is closed and the contaminated sites are slowly being cleaned up whenever a big enough howl is raised. In Alaska, many of the sites are now lorded over by oil companies. Sadly, the fun loving days of the Cold War have been replaced by industrial security and big business rudeness, which is a pity. Visit the site!
Posted by Michael at 10:07 AM