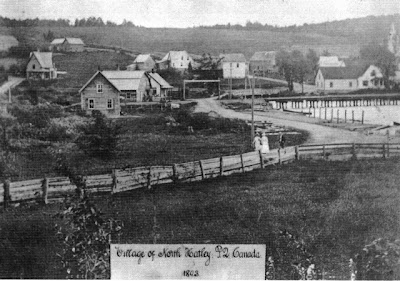 North Hatley - 1893
I recently came across some old pictures of North Hatley, the town at the outlet of Lake Massawippi where I paddle so frequently. What suddenly struck me was the old railway bridge. Could this bridge be the same bridge I paddle under so often? Certainly the design remains the same, but as there is a 114 span between the two pictures, so surely the posts have been replaced during that interval, but no one I've asked can remember it being done. 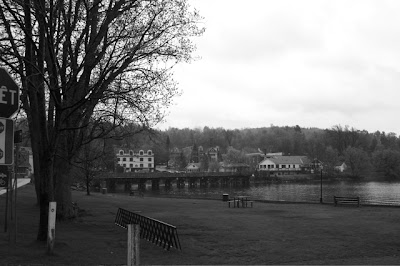 North Hatley - 2007
Another interesting feature is how the early settlers in the early 1800's managed to cut most of the original forests down and create fields. These fields still existed at the turn of the century, but today the forests have grown back especially around the shorelines.
Posted by Michael at 1:21 PM