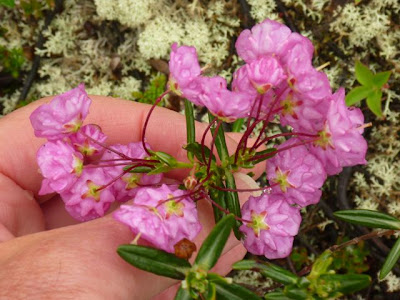 Traveling through Labrador constantly brought surprises, some more unexpected than others. I knew all about arctic flowers, how colourful and vibrant they can be, but still it was almost shocking to see them again. We used to suck the sweetness out of these ones and cook them in bannock. 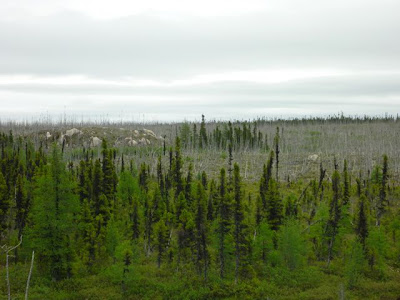 Now and then we drove through areas which had burned over during forest fires. These too I had seen before and recalled that fire renews life in these boreal forests, allowing new seeds to grow and establish themselves as though they were the phoenix trees. 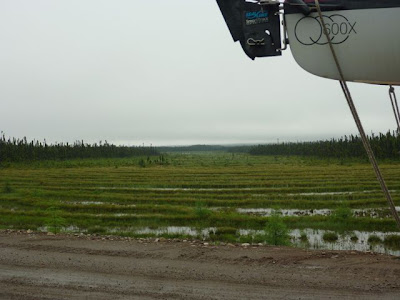 Labrador is not just forest, but much of the land is covered in peat bogs. Now and then one comes across patterns in the bogs such as you can see here. These areas of patterned ground, as they're called, is the result of alternating freezing and thawing of the soils over long periods of time. This one in the photo was particularly interesting and large. 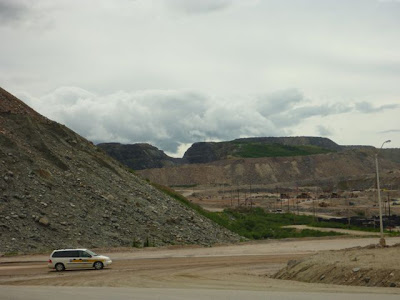 Nature hasn't been the only one at work in Labrador and along it's border with Quebec. Here mountains are being taken apart, the iron ore extracted and then shipped south the smelters so we can build buildings and make cars. This has been going on for nearly 50 years in Labrador and there seems to be lots of mountains left to mine! 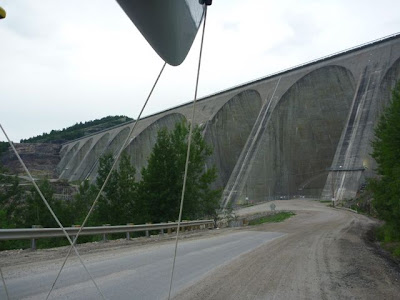 Finally, now in Quebec, is the Manicouagan 5 power dam, sending electricity into the North American Power grid, so we can all enjoy a coffee every morning and heat our homes at night. This dam has created a giant circular lake as its reservoir which begs to be paddled some day...
Posted by Michael at 1:04 PM