Whales and Bergs In Labrador 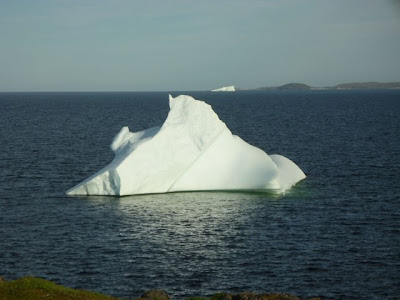 Leaving Newfoundland and heading to Labrador on the ferry to Blanc Sablon, our only regret was not seeing much in the way of icebergs and whales. Perhaps we were too early. Perhaps we weren't in the right places, it was difficult to say. All that changed once we arrived on the Labrador coast however! These icebergs were soaking in the sun, grounded in Fox Harbour and off nearby Battle Harbour. 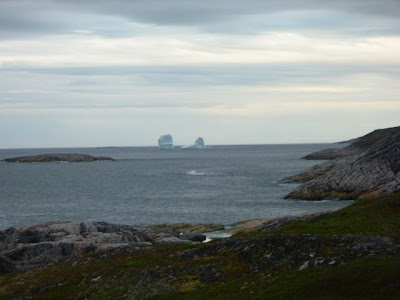 Walking on historic Caribou Island after rowing across the tickle from Battle Harbour, we spotted this interesting iceberg literally sailing past like the schooners of old. 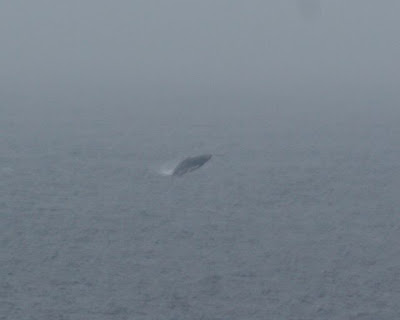 The whales weren't far behind. In fact we caught up with them off St Modeste where this humpback was leaping after schools of caplin making their way northward. It was an exciting drive along the coast where whale after whale came out of the fog and sported after food. At times we could see half a dozen or more herding the fish. 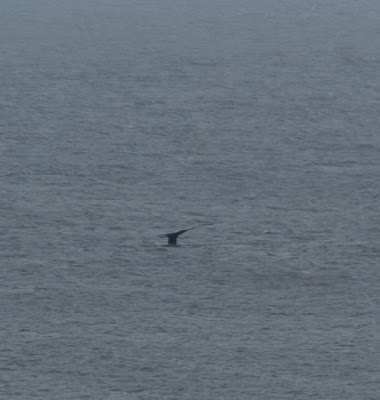 A bit far offshore for that really dramatic shot of a tail flashing as it's owner sounds into the depths, but it's a whale's tail nonetheless. It was one of those days when you could park the car, sit on the beach and watch the show. Wonderful!
Posted by Michael at 5:15 PM