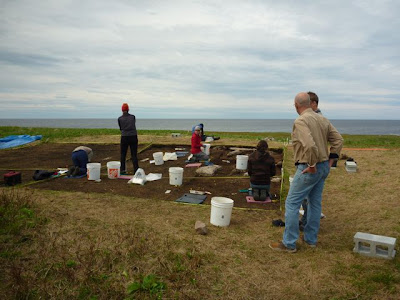 As if there wasn't enough on the surface of Newfoundland to keep one busy, some folks have been busy digging up Newfoundland's past to see who else had some fun times on the island. I stopped in at Point au Choix on the west coast to have a look at this latest dig. It turns out people have been visiting this area for several thousand years mostly for the offshore seal hunting. 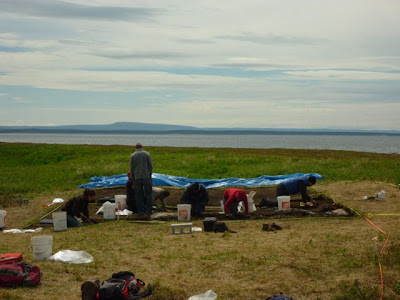 Lots of old house sites and some burial caves have been found nearby and this dig is to look at the Point Rich area where other houses have been found. The site is quite exposed to the winds from all directions making me wonder why the archeologists didn't erect some sort of shelter over the site to make their work more pleasant. 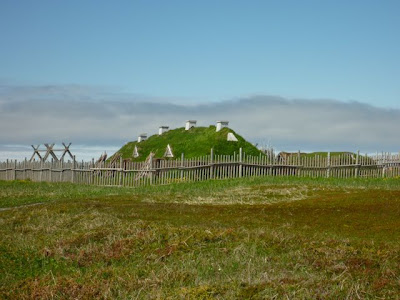 The photo above is perhaps more familiar to many. It's the reconstructed Viking compound discovered at L'Anse aux Meadows in northern Newfoundland. It's an attempt to show what the Viking settlement might have looked like 1000 years ago when it was settled by people coming from Greenland.

I was interested to see this small boat in the compound at an early stage of construction. The method of fastening the hull planks to the stem was curious, so different from the dory I saw being built in Gloucester a few weeks ago! 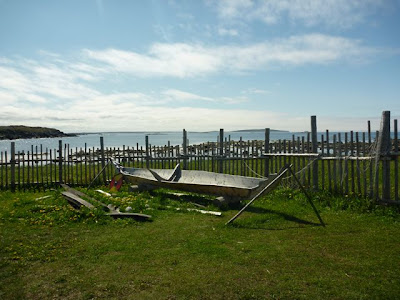