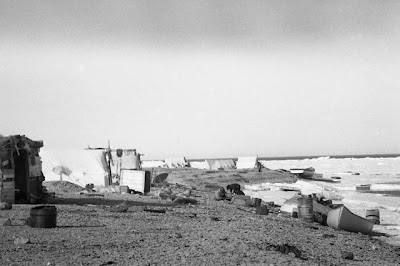 The qajaq I wrote about yesterday obviously was built for use in a particular time and place. Today I want to have a look at the first of those two contexts. To begin with, it was a time of major upheavals in the Canadian arctic. The government in the south had begun to move into the country in a major way. Formally the only ones to do so were trading companies like the Hudson's Bay Company (The HBC, jokingly referred to as 'Here Before Christ') and the various churches. Suddenly in the 1960's, towns were being built including all sort of modern infrastructure. There were Northern Service officers, teachers, construction crews and so on, all living in close proximity with Inuit for the first time and introducing new ideas and opportunities. 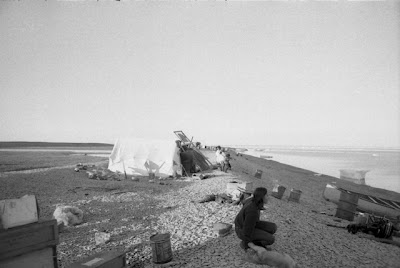 Families living in their traditional outlying hunting camps were encouraged to leave their children in hostels in the villages so they could attend school for the first time. People began buying large 24 foot freighter canoes to travel to and from the communities and, of course, they used them for hunting as well. Very quickly the advantage of having a larger boat became obvious to everyone. The next step occurred when camps started to close and people moved into the towns to be with their children. At first they camped in town, but within a short time houses were provided and the old way of life rapidly changed. Cooperatives were formed and even bigger boats were brought in as hunters were forced to range further and further afield in order to feed themselves and their dogs. Kayaks no longer had a role to play in this new lifestyle. They were no longer needed or built, not even for recreational reasons. 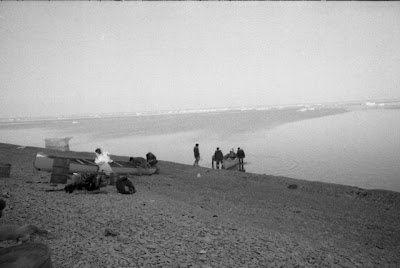 When I arrived in Igloolik in 1968, the transition was in full swing. After a winter spent in the new town, many people were anxious to move out to a camp setting where they could feel more comfortable, more like themselves back to the 'good old days'! I could actually see people change as they relaxed and opened up after being confined in their new houses, all jumbled close together throughout the winter. It was quite remarkable to witness, especially for an outsider like myself. Naturally, people brought along their new boats. The camp was located close to the floe edge and by mid July, they could launch right from the beach to go hunting. The town of Igloolik would have to wait until August before it was clear of ice.

Tomorrow I will look at the new town that was under construction in contrast to the camp in today's pictures. Then we'll go to a hunting camp far from Igloolik to live the 'old way' as 'Inumarriit'!
Posted by Michael at 11:04 AM

What a great tale. I am enjoying the posts, keep them coming.