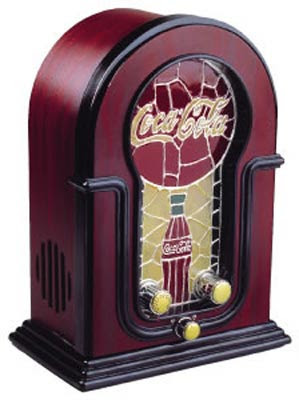 Now that I've spent two solid days driving away from winter, I had some time to listen to the radio. It's been a strange experience as I am not accustomed to radio, American style. Here's what I've discovered.

Firstly, it's all music, all the time. Now and then you can pick up Public Radio which has some 'news' and other 'programs' where there is discussion and interviews, but generally the signal is so weak a passing truck can knock them off the air. The music you hear has two messages. The first is that you're in love with the most wonderful creature on the planet. The second message is you just got ditched by the creature. Makes you wonder, or at least, it made me wonder who listens to this stuff all day and what's happening in their heads... Scary stuff! No wonder the next biggest radio category offers spiritual help to the distraught!

Secondly, there are the ads. Most of the radio stations tell you they have hours of "ad-free listening", but of course, that's a crock. Most all the ads are spoken by someone so breathless, so enervated and so anxious, I would have taken them to the principal's office on suspicion of drug abuse! Then after the rapid-fire appeal for your money, another voice would come on to deliver , this time at extreme high-speed, another message much like the fine print on your insurance that basically tells you not to believe a word of what you just heard.

So. Kayak Radio. Here's what I going to produce while I'm away. It won't actually be radio because I don't have the facilities, yet. But it will be a CD which I can play on my car radio. I will tape the sounds of myself launching, paddling, exclaiming the quiet beauty and the sudden alligator attacks and so on. On the drive home, I'll have something a bit more soothing to listen to. With several adventures planned for this summer, I will add new stories. Hopefully each will provide me with an interesting dimension to my trip which I will savor on my car radio while I'm headed someplace new.

Of course, I'm not the first to think of doing this. There are a number of pod-cast sites on the web now that specialize in the world of kayaking. One of the best is from England by fellow blogger Simon Willis. I highly recommend a visit to his blog site as well.

Greetings Michael,
I followed a link to you through the House & other Arctic musings. I find your blog fascinating, not the least because I am in the arctic working in education. I've also long been fascinated by the Kayak for fun and recreation. An Inuk friend of mine up here has a tandem and we've been talking about taking it out in August so he can teach me in the iceberg flow. I will definately check in now and again on your latest adventure. There is a blizzard swirling outside my window presently. I will live vicariously in the sunshine through your latest adventure!

Am radio often is local here in the states. FM usually has a clearer signal and penetrates obstacles. Another thing, you are not in a typical part of th eUSA> Didn't you notice the refrigerators on the front porches? :)))

Thanks for the mention of the Sea Kayak Podcasts and that you like them. 'Kayak Radio' sounds good and I'm pleased the internet (and particularly Podcasting) has finally allowed us to replace Broadcasting with Narrow-casting.

We'd need one heck of a mast to broadcast to all the sea kayakers on the planet, but as the word spreads, we can reach each other on the web. Or at least those of use with computers.

Mind you, broadcasting still has its place. It pays my wages!
S