Given the kayaking season is now at the day-by-day point and I'm not getting out there much and given the skiing season is having trouble getting going, I thought I would go on a nostalgic seal hunt with my old friends in Igloolik. While these scenes occurred in July, 1968, hunting today goes on much the same. 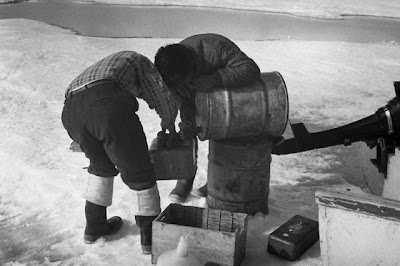 Leaving early in the morning we traveled by dog team out to where the boats had been stored a few miles away from open water. The boats were kept this far away due to the fact that pans of ice were breaking off and floating away and naturally no one wanted their boat to leave by accident. 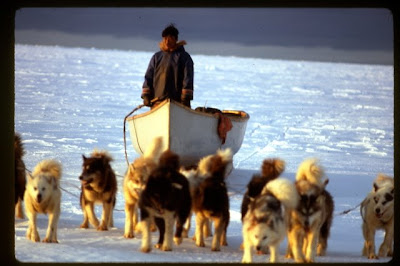 Once at the boat, the outboard was gassed up and the boat loaded onto the dog sled for transport to the 'floe edge'. Our job at this point was to run alongside the boat and help steer the sled away from large blocks of sea ice etc. When the ice was smooth, we could hop aboard for a brief ride. 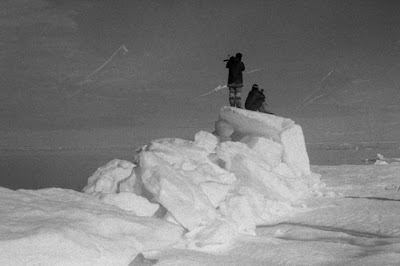 While this was happening a couple of people took advantage of a high pile of ice to scout around for ring seals which would often sun themselves on the ice beside their holes, something which they commonly would do at this time of the year. 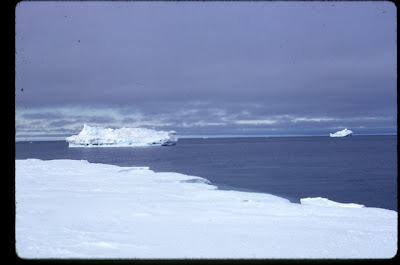 At the floe edge, we decided to wait and see what was happening. We'd often spend hours at the sena waiting for a seal to appear. Often young seals with little hunted experience could be found along this edge where their food, small fish and tiny crustaceans were plentiful. 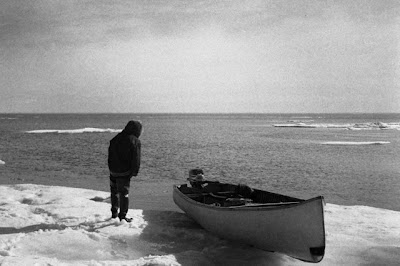 Finally, we decided to launch the boat and head out to the floating ice we could see in the distance. Here we hoped to get a 'bearded seal', a species which preferred hauling out on floating ice rather than the 'fast ice' attached to the land. 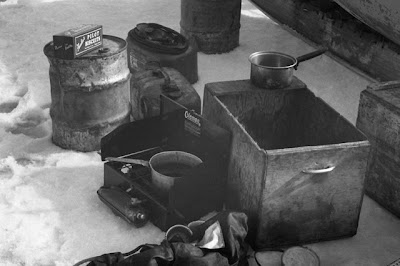 However, before we left, we decided to have a mug of hot, sugary tea! 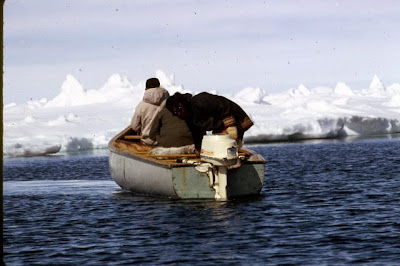 At first we decided to follow the floe edge for a while, but seeing nothing, we then headed further offshore and into the ice pans. 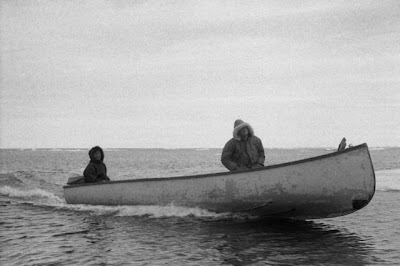 Next time, I'll continue the story of this hunt...
Posted by Michael at 1:44 PM