Hiking in the Rain

The weather at Cape Bonavista turned back to wind and rain the following day and I ended up not paddling at all. Instead I went hiking along the shore of Trinity Bay. Here are a few pictures of what I saw... 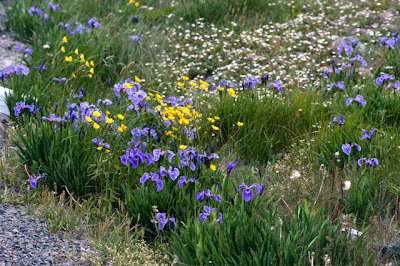 Blue iris and the unknown (at least to me) yellow flower were often found together wherever I traveled in Newfoundland. I began to wonder if the official colours of the province ought not to be blue and yellow! 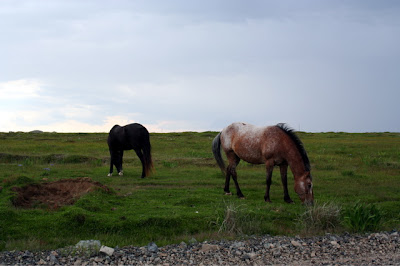 In the old days, domestic animals were often allowed to roam free and gardens were fenced in. Today, in most part of Newfoundland, the reverse is free. However one can get an idea of the old days near 'The Dungeons' near the tip of Cape Bonavista. There's a large area where horses, cattle and sheep all roam as though they were loose like in former times. 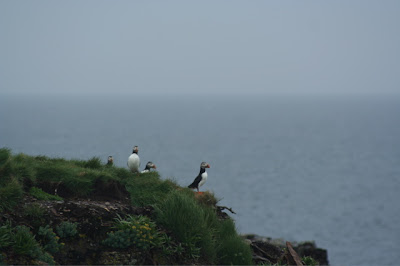 There are numerous puffin colonies along the cliffsides of the cape. These little guys were as busy as ever despite the wind and the rain than kept me moving along from place to place, stopping only for the occasional picture.
Posted by Michael at 9:42 AM