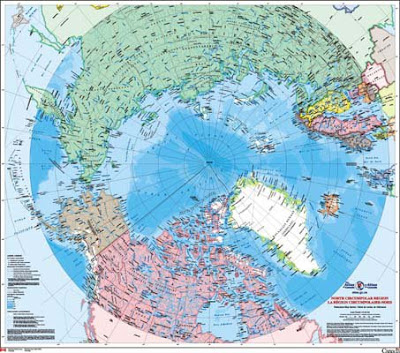 At the end of last April, the Inuit Circumpolar Council (ICC) published an interesting document declaring to the world their sovereignty to the circumpolar territory they inhabit. The statement was made jointly by Inuit living in Russia, Greenland, Canada and Alaska, which is to say all Inuit on the planet!

While declaring sovereignty these days may seem a bit late in the game, what the Inuit are saying is both modern and enriching. The rest of us can learn from their initiative!

Here is an exerpt...

In developing this declaration, the Inuit Circumpolar Council (ICC) worked with Inuit across the circumpolar Arctic over the past six months to address the increasing focus by outsiders on the Inuit homeland known as Inuit Nunaat. Climate change and the subsequent race for Arctic resources have forced Inuit to address questions such as ‘who owns the Arctic?’, ‘who can traverse the Arctic?’, and ‘who has rights to develop Arctic resources?’
“Our declaration,” said ICC Chair, Patricia Cochran, “addresses some of these questions from the position of a people who know the Arctic intimately. We have lived here for thousands and thousands of years and by making this declaration, we are saying to those who want to use Inuit Nunaat for their own purposes, you must talk to us and respect our rights.”

The Circumpolar Inuit Declaration on Arctic Sovereignty emphasizes the unity of Inuit as one people across four countries, and also addresses the unique relationships Inuit have within each respective state. The declaration makes a strong pitch that internationally-accepted human rights standards, such as the UN Declaration on the Rights of Indigenous Peoples, and other international legal instruments must be respected. It also calls for close cooperation among Arctic states and Inuit on all matters of Arctic sovereignty."

The document goes on to mention various hopes and desires of the Inuit and is well worth reading. The entire declaration can be found here.
Posted by Michael at 8:53 AM

Very interesting!
I'm wondering now what Innu/inuit group from what country will head the council.