For several years now, Québeçois paddlers have met at the campground in Piopolis on the shores of Lac Mégantic east of Montréal to kick off the summer paddling season. I went up there yesterday to see what was going on. As usual, there was lots to see and a windy lake to paddle on. 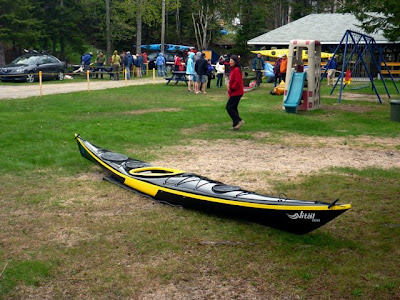 Maelstrom kayaks were there with both of their models. Doesn't the Vitäl look stunning in black and yellow? I'm getting more and more excited about my Vaag being delivered. The keel has been laid at the factory so it won't be long now. With the new partnership between Boréal Designs and Maelstrom, it's going to be easy to try out the Vaag and Vitäl by looking up your local Boréal dealer! Another activity was to build a Greenland style skin-on-frame frame over the weekend and raffle it off. Work was well under way and when I left mid afternoon, cross-beams were going in, mortises for the ribs were done and the new owner was being measured for final fit! 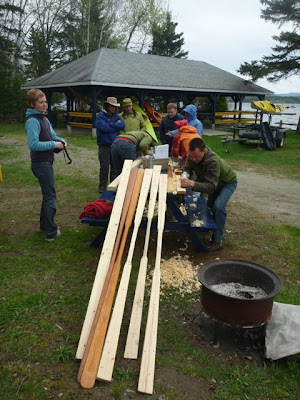 Of course, a new boat requires a paddle, so several were being made. 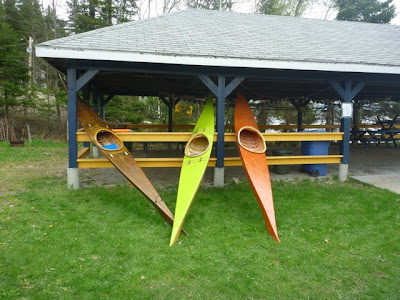 Some finished sof boats were hanging around waiting for their owners to get out on the water.
Posted by Michael at 10:05 AM

now, that's a great get together.

What a time! The Vital looks awesome.

Both the Vaåg and the Vitäl looks nice. I haven´t seen them irl but they surely look interesting.