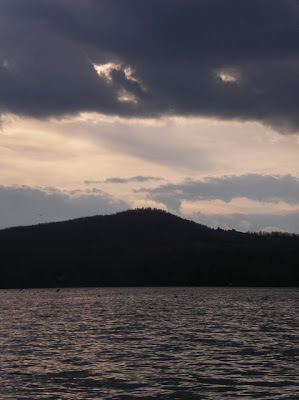 The days are darkening as we slowly creep into winter. The clouds yesterday were our part of TS Noel which raced by to the east dumping tons on water and high winds on those along the Atlantic coast. We were threatened with snow on Sunday, but other than this cloudy sky, we didn't even get rain to add interest to my paddle. 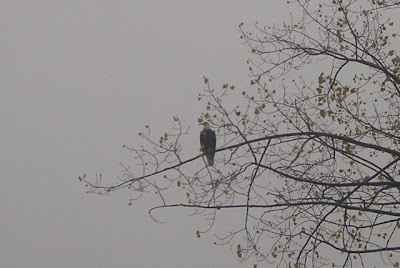 What did perk things up was sighting a bald eagle, the first I have ever seen on the lake. In Newfoundland, paddling to Chance Cove we saw them by the dozens, but here they are relatively rare. Seeing this fellow and his cousin, the osprey earler in the summer were both joyous events.

Update: While out paddling today, I discovered that there were two bald eagles!