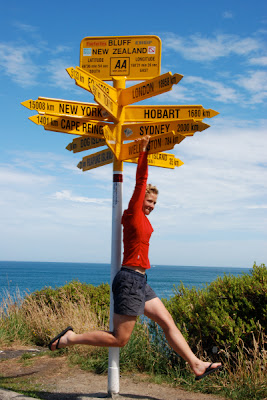 It's no secret that it's the 'Year of the Women Paddlers' in New Zealand this winter (their summer). Freya has already completed her journey in fine style and, hopefully, is looking for some time to write about it for the rest of us. Barry and Justine are en route as I write, although Justine's back problems have forced them into a short break. Hopefully they are getting some good video footage to edit into a film we'll be watching at this time next year. Then there is Barbro Lindman, the quiet one, the unknown lady...

When these three ladies first announced their intentions to paddle around New Zealand's South Island, most of us knew of Freya and Justine, but who was Barbro Lindman? Frankly, she isn't that well known in the paddling community, but if you take the time to follow her blog, I think you will be impressed by this woman. She has paddled more than half of her trip so far and done so with little drama or upset. She has all the attributes a competent paddler who quietly goes out, does her thing and moves herself along the often daunting coastline. I, for one, am enjoying following her trip blog! Her story is a good one and the maps and photos her team's been posting are excellent. Have a look and cheer her on!

Hi,
I've added her blog to Paddling Planet where it belongs :-)

Yep, what you said!

Hello Michael,
Thanks for the link and thanks for the post.
I've made a free translation on my blog :
http://www.lekayaketlamer.com/oli/28/02/2008/des-femmes-autour-de-la-nouvelle-zelande/