So, Who Ya Gonna Vote For? 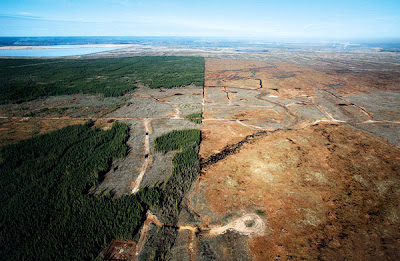 A common question these days. Here in Canada, we just finished voting for a new national government, although, from the results - a minority conservative house - it doesn't seem like much of a change. Even worse, only about half the eligible voters bothered to support a candidate for office. They didn't seem to care. The result is we have a national government in power, making and implementing decisions, who have the support of about 10% of the population. That doesn't feel good to me!

As kayakers, we need to care, and care a lot. For example, the previous government here in Canada quietly decided we paddlers didn't need topo maps to get around. They tried to stop their publication until the paddling community discovered their plans and raised a stink. This same government is allowing the environment to be trashed. This is especially true of rivers. Just look at what the tar sands development is doing to northern waters... Instead of strengthening preservation rules, new rules for navigable waters are being proposed which will allow less regulation and more development, opening up a whole nasty nest of stuff. These items are but the tip of the iceberg. Instead of moving Canada towards a new economy based of sustainability and a low carbon footprint, the reverse is being fostered.

The United States votes next week. As kayakers, I hope they get out and vote, unlike us Canadians. I also hope they look at which of the next presidential candidates is prepared to see that the paddling environment is protected and enhanced. 'Friends', to be frank, I'm asking for your help in this because I love kayaking in clean and natural American waters. I have lots of places still to visit and I need to know they'll be there when I arrive at the put-in. I'm counting on ya! We're all in this together...
Posted by Michael at 11:50 AM

Good points. Most of us in the states just want this election over. It goes on forever here...and I always vote.

Unfortunately, the environment all too often takes a back seat to profits and greed, especially in such an economic downturn as this one.

It seems this election is being very closely followed by people around the world. For example, 83 percent of Japanese say that they were following the US election news very or fairly closely.

Sad to say, only a dismal 55 percent of Americans even bothered to vote in our last presidential election ...