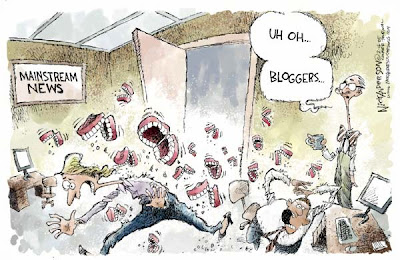 Derrick Mayoleth has recently decided to disallow 'anonymous' comments. Like many other bloggers, his reasoning is to stop people from posting nasty comments on his blog. Having been similarly attacked in the past, I can sympathize with him. It isn't much fun being 'flamed'. The behaviour seems so pointless.

Back in the days when I taught in elementary schools, there was a similar move by the administration to lock doors to prevent theft. While I'm sure that the number of thefts were reduced, what usually happened was the frustrated thieves turned into graffiti artists or moved on to some other anti-social activity. I disagreed with the locked door policy and usually 'forgot' to lock my classroom door. I rarely missed anything and when it did happen, I worked on the problem as a class, as a community of people who worked together. I felt my job was to help children recognize their mistakes and learn to make proper amends when it happened. In doing so, we could all function in an more orderly, secure environment in which we supported each other and solved our problems together. To me that worked better than simply locking doors. It helped the thieves take up more positive activities, gain new friends and take pride in themselves.

Back in January when this blog got attacked by an 'anonymous' person, I locked them out. That worked for a few days until the person reappeared as 'Joe King', a fake Blogger account, where the attack continued. The behaviour was identical to what the thieves at school had done. I should have known. Blocking them didn't change anything, so I returned to allowing 'anonymous' comments.

Not having these 'anonymous' people in a classroom has meant not being able to do much to change their ways, but the fact that this community of kayak bloggers and readers is relatively small is a help. It isn't long before everyone learns who the bad apples are. They either change their ways or find they're no longer welcome. And of course, an apology is always welcome. We all make mistakes now and then, so it helps to know how to make amends and benefit from keeping one's friends, especially good folks like Derrick, who gives our kayaking community so much!
Posted by Michael at 9:11 AM

Well said, Michael. Those anon folks, especially the ones with acrid tones are, to me, only annoying. As far as criticism, I welcome it and only ask it be constructive. That's one way we grow.
signed: anon

I believe Sylvia Ashton Warner would have been proud of you, Michael. Thanks for writing.

thanks for that. Like Silbs I don't mind criticism. Just would like people to stand up and take credit for their attitudes in the same way we do each day in our blogs.