Hey, Where'd Ya Get That Hat? 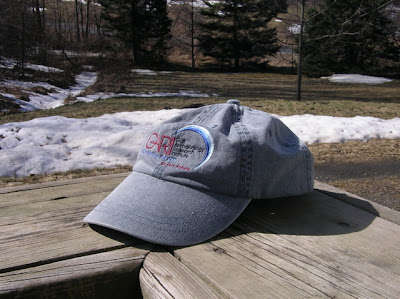 Certainly one of the greatest pleasures of paddling is the opportunity it offers of meeting new and interesting people. The hat in the picture above belonged to one such person. He's a man born in Argentia, a community on the Avalon Peninsula of Newfoundland. He works as an archeologist and has spent most of his adult life in various parts of the United States. When I found him, he was sifting through data obtained from an old shell midden left behind by pre-Columbian native people in the Crystal River area. He remembered his home back on 'The Rock' fondly, but admitted it had been a long time since he's actually set foot there.

As we chatted about the Indians, their harvesting techniques and their garbage disposal habits, he was drawn to ask about my ball-cap sporting a 'The Rock' name and logo, which I had bought while in Newfoundland last summer. This led him to tell me his story and where he was born. By the time we finished talking and I began to move along, we had exchanged hats! He also threw in a CD detailing what has been learned by the Gulf Archeology Research Institute he works for. Small world, so interesting, so full of storied people!
Posted by Michael at 11:42 AM

wow, amazing how some people travel the world! and me, I rarely leave scotland, ever! but will be visiting Canada this May, all booked up and mostly organised!

It is a small world, and thanks for an idea for today's blog