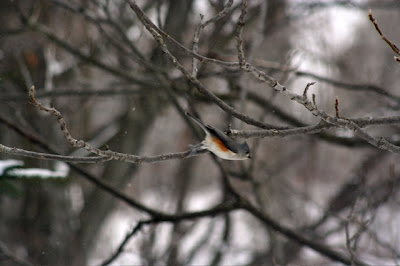 It's a sad fact that many bloggers eventually find their site being attacked by someone holding a grudge. This often takes the form of malicious comments being posted in an attempt to discredit the blogger's reputation. Fortunately, I have been mostly free of these attacks, having had only one instance about a year ago when over the course of an hour a person put up numerous nasty comments throughout almost a year of postings.

I soon discovered that some tools exist to help. Most blogging sites provide options allowing the blogger to scan comments before they get posted and many people use this method of weeding out the inappropriate. Another option, which I use, is to enable a third-party monitoring site. This site tracks all visitors to my blog. I can now tell where people visiting Canadian Ckayaker are coming from, where they were prior to their visit, when they visited and who provides their internet service.

This latter information has provided some surprises. I was recently visited by the American Dept of Homeland Security out of Kansas City, Missouri! They were using Goggle to check out "The American Club" on nearby Lake Massawippi. This social canoe club was established in the 1800's by Americans from the southern states who summered in my part of Canada rather than in New England. It seems feelings still ran high stemming from the Civil War in the United States. I guess Homeland Security thinks these feelings may still be on simmer. They may not know the trains no longer run and few Americans list the club as one they belong to. The tufted titmouse in the photo above, on the other hand, does still make the trek north from the Gulf states each year, and, I understand, continues to avoid checking in with border security. I wonder...
Posted by Michael at 9:04 AM

Interesting. My nephew in Taiwan recently traveled to Mainland China where,he informed me, The Lake is the Boss blog is blocked. I can't think of any defamation of Mao, the Party, or anything else that I've posted so maybe they think I'm just inherently subversive. Why our 'crack' HSA would be interested in a social club is beyond me. Maybe they get bored at work and surf just like we do.

What service do you use and would you recommend it?

Daveo - LOL, the whole of Radio Canada is currently blocked in China, I'm told. My blog was blocked in parts of Newfoundland and open in other parts for reasons unknown to man.

Steve - I currently use www.web-stat.com. I've used a number of analysers including Google. None are perfect and don't all seem to pick up the same hits, but I do get a feel for who's out there and why they might be visiting. I may have got lucky in identifying my annoying visitor last year, but maybe not. They seldom visit these days, but I know when they do.

Trolls should just stay under their damned bridges where they belong!

oh, yeah, still feeling cranky over the demise of the 1000 Days at Sea blog at the hands of a couple of nut jobs.

Reid's a bit out there too, but the judge & jury set was just beyond anything I've ever seen the likes of.

bleah...ok, the flip side of blog stats is that you actually know when the nut jobs have posted something about your blog somewhere & it just can't be anything pleasant...

Oh well. That's blogging for you, isn't it?