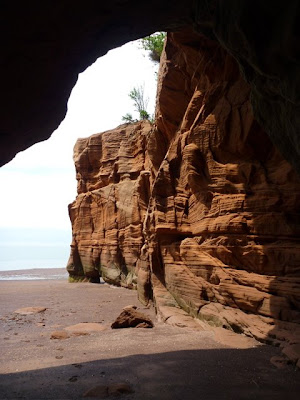 Do you have a list of place you want to visit someday? I do and on that list is the American southwestern desert area. When I look at the photo above, I see that desert. The red coloured sandstone, the weathering, the layering of the rocks. It all evokes the southwest to me, but it isn't. It's what I saw as I strolled along the sea bed at low tide in Five Island Provincial Park in Nova Scotia. 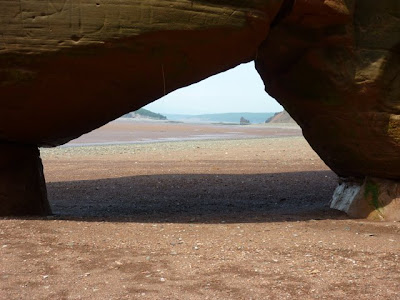 Here's a cute little arch I discovered where the seemingly torrid desert stretches to the horizon. Interestingly, it's the camera angle which gives this false impression, making it seem much larger and more distant! 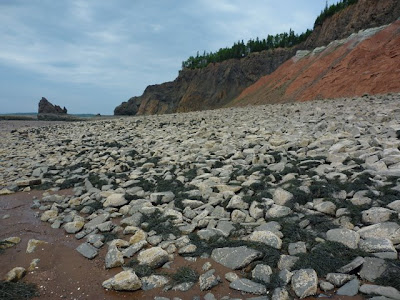 The red rocks are covered by a white layer, which might be an ash of some kind. The dark upper layer appears to be volcanic in origin, at least to my partly trained eye. The result is a kaleidoscope of colours in the cliff faces. 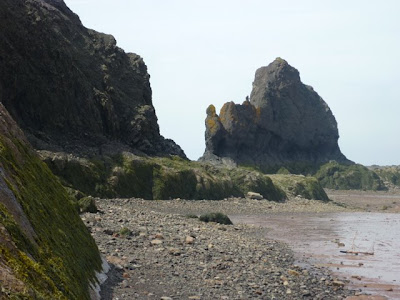 Finally the rapidly rising tide forced me off the sea floor and onto higher ground. Later in the day we paddled past this same area, floating meters above where I had walked that morning.
Posted by Michael at 7:43 PM