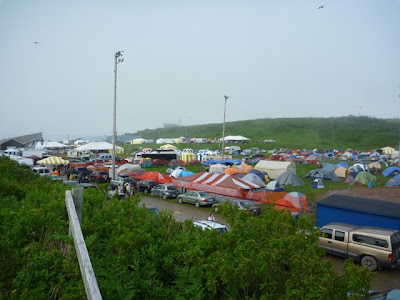 In Nova Scotia when it rains, it appears to be ignored by most people, especially when there's some fun to be had. When it really pours down, then folks start looking around for their rain jacket or at least their fishing gear. So it was at StanFest, the annual folk festival held each summer in Canso, Nova Scotia in honour of the late Stan Rogers. I was here last year to paddle, but this year I'm here to listen to some amazing performers from around the world putting their music on stage for us all to hear. 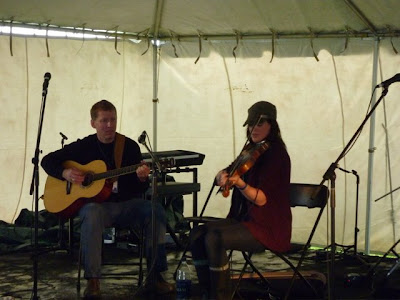 Canso is not only the furthest east one can go on mainland North America, it's about the best place you can go to hear great folk music as well! I particularly enjoyed Anna Ludlow playing Stan's 'Mary Ellen Carter' on the fiddle. Totally awesome!
Posted by Michael at 6:57 PM

Stan (Of the MAc KEnzie variety)